Now is the time to act, more is expected from the cooling community according to World Refrigeration Day in their response to the climate change report. Using new refrigeration processes and technologies and improving the maintenance of existing systems are actions that governments and industry can take to fight global warming. 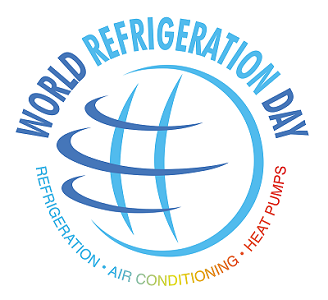 In a statement released by World Refrigeration Day in response to the latest scientific report from the UN’s Intergovernmental Panel on Climate Change, the group’s secretariat said that technology solutions are in place for refrigeration to help reduce greenhouse emissions.

“Bold action is required by business leaders and policy makers to speed the transition, however. Now is the time for the cooling community to adopt new technologies and train technicians on their safe and energy efficient application. Long-term commitments must be matched by immediate actions.”

UN Secretary General Antonio Guterres called the latest climate action report a “code red for humanity.” Research behind the report found that climate change is widespread, rapid, and intensifying. It points to the need for strong and sustained reductions in emissions of carbon dioxide and other greenhouse gases to limit climate change. Nations are “nowhere close” to the level of action needed to fight global warming, the report says. It urges countries to adopt stronger and more ambitious plans to reach the Paris Agreement goals and limit the temperature rise to 1.5 degrees Celsius by the end of the century. The IPCC report comes just three months before the UN climate conference, COP26, to be held in Glasgow, Scotland in November this year.

Cooling is critical for human health, nutrition, comfort and creation of products used in daily life. An example is the cold chain used to supply food. Nutritionists estimate that 40 to 50% of all fruit and vegetables in some countries are wasted, and as much as a third of all food suitable for human consumption spoils before it can be consumed. And with the world still in the throes of the COVID 19 pandemic, refrigeration has enabled life-saving vaccines to be distributed to peoples around the world. The industry predicts that world cooling demands will increase by 2.7 times during the next 30 years.

The climate action report states, “Assuming implementation and efficient enforcement of both the Kigali Amendment to the Montreal Protocol on Ozone Depleting Substances and current national plans limit emissions, the effects of HFCs on global-mean surface air temperature, relative to 2019, would remain below +0. 02°C from 2050 onwards versus about +0.04–0.08°C in 2050 and +0.1–0.3°C in 2100 considering only national HFC regulations decided prior to the Kigali Amendment.

Further improvements in the efficiency of refrigeration and air-conditioning equipment during the transition to low-global-warming potential refrigerants would bring additional GHG reductions resulting in benefits for climate change mitigation and to a lesser extent for air quality due to reduced air pollutant emissions from power plants.” HFCs are a commonly used refrigerant classification used across the globe in refrigeration and air-conditioning applications.

World Refrigeration Day believes that a commitment is required by facility owners, chemicals industry, technology providers, field practitioners, and industry associations to ensure the deployment of low global warming potential (low-GWP, energy efficient technologies and chemicals in the refrigeration, air-conditioning and heat-pump sectors. Coupled with continued commitment by policy makers to update building related and energy related codes, and regulations, the most severe consequences of climate change may be limited, especially as the demand for refrigeration increase in the coming decades as populations grow.”

World Refrigeration Day is a celebration of the essential contribution of cooling to the quality of life. Its secretariat partners with governmental and non-governmental groups on public awareness campaigns and serves as a year-round clearinghouse of information detailing the benefits of refrigeration and related technologies while promoting practices that support environmentally sustainable applications. The day is celebrated on June 26, marking the birthday of Lord Kelvin, the 19th Century scientist who invented the international system of absolute temperature.

In 2019, World Refrigeration Day and United Nations Environment Program OzonAction launched a campaign to educate industry about the benefits of new generation of refrigerants that limits emission of greenhouse gases and provided training to cooling technicians on their safe use. In 2020, they partnered on a campaign to explain best practices in the cold chain to preserve food and distribute medicines and vaccines. And this year, World Refrigeration Day, OzonAction, and six associations with networks that reached around the world, promoted “Cooling Champions: Careers for a Better World,” a series of webinars, conducted in multiple languages, described the exciting job opportunities in varied fields that await people who choose to pursue a career in refrigeration.

For more information about World Refrigeration Day or the careers, technologies, and public impact of cooling, contact info@worldrefrigerationday.org.