Did you know that we [humans] are using the equivalent of 1.6 Earths to maintain our current way of life, and ecosystems cannot keep up with our demands. The gap between what we need to spend to adapt and what we are actually spending is widening. Estimated costs of adaptation continue to rise and could reach USD280-500 billion per year by 2050 for developing countries alone. Individuals and civil society must play a key role in raising awareness and urging governments and the private sector to make large-scale changes. 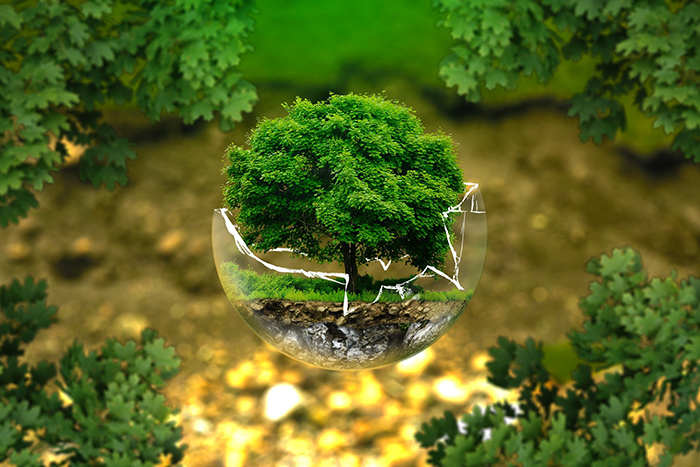 To limit global warming to 1.5°C by the end of the century, we must halve annual greenhouse gas emissions by 2030. There is currently a 50 per cent chance that global warming will exceed 1.5°C in the next two decades.

Methane, the primary component of natural gas, is responsible for more than 25 per cent of the warming we are experiencing today. The climate crisis causes extreme weather events that kill or displace thousands and result in economic losses measured in the trillions.

Investments in renewable energy can deliver high economic multipliers, have high potential to crowd-in private investment and are an important step on the road to economy-wide decarbonisation.

Even under the most optimistic scenario where net-zero is reached by 2050, global warming will continue in the short to medium term, potentially levelling off at 1.5°C above pre-industrial levels.

Ecosystem degradation affects the well-being of an estimated 3.2 billion people, or 40 per cent of the world’s population. Restoring 15 per cent of converted lands while stopping further conversion of natural ecosystems can prevent 60 per cent of expected species extinctions.

Every year, we lose ecosystem services worth more than 10 per cent of our global economic output. Around one-third of the world’s farmland is degraded, about 87 per cent of inland wetlands worldwide have disappeared since 1700 and one-third of commercial fish species are overexploited. Food systems are responsible for 80% of biodiversity loss, and 80% of all agricultural land is for livestock and its feed, while providing only 20% of calories.

Air pollution causes about 7 million premature deaths every year – one in nine of all deaths. Nine out of 10 people breathe unclean air, making it the most significant environmental health risk of our time.

The most recent SDG monitoring cycle revealed that over 3 billion people are at risk because they don’t know enough about the health of surface and groundwater resources.

Under a business-as-usual scenario, annual plastic waste entering aquatic ecosystems could nearly triple from 9-14 million tons in 2016, to 23-37 million tons by 2040.

The total global economic cost of marine plastic pollution on tourism, fisheries and aquaculture is estimated to have been USD6-19 billion in 2018. From 1950 to 2017, an estimated 9.2 billion tons of plastic was produced, 7 billion tons of which has become waste.

World Environment Day acknowledged on 5 June is the biggest international day for the environment. Led by UNEP and held annually since 1974, the event has grown to be the largest global platform for environmental outreach, with millions of people from across the world engaging to protect the planet.

Sweden is hosting World Environment Day 2022 and will also host Stockholm+50 from 2 to 3 June. Stochkolm+50 marks the 50th anniversary of the first United Nations Conference on the Human Environment, held in Stockholm in 1972. This put sustainable development on the global agenda and led to the establishment of World Environment Day.

“Only One Earth” was the slogan for the Stockholm Conference. World Environment Day 2022 is re-energising the slogan to emphasise that planet Earth is still the only liveable planet we have and to push for transformative actions to reset the balance between people and the natural world to create a better future for all.

Sweden aims to achieve net-zero emissions by 2045, is a frontrunner in greening its economy, and is rapidly adopting low-carbon and renewable infrastructure and technology.