Concerns about rising food prices are making the headlines across the world as pressures mount in the wake of Russia’s invasion of Ukraine. The war has driven up prices of commodities, including wheat, which is a staple food in many countries. 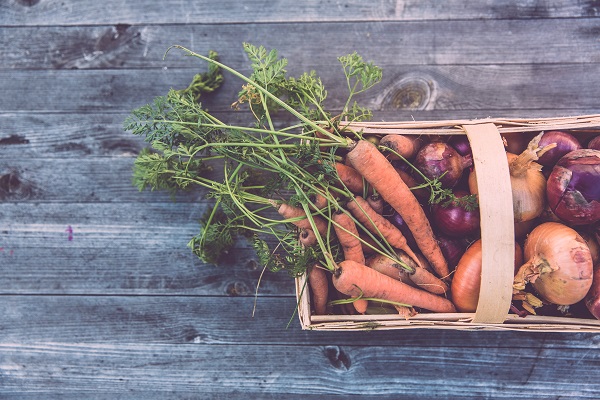 At the moment, inflation is a problem beyond emerging-market economies such as South Africa. Image credit: Markus Spiske | Unsplash

Food inflation has recently been attracting a lot of media attention in South Africa too as concerns grow about people’s ability to afford basic foodstuffs.

Food price inflation attracts considerable attention because we must all eat – and periods of high food inflation affect poor households the most. This is because they spend a higher percentage of their income on food.

When it comes to price rises of general products, households can simply refrain from buying non-essentials. But this isn’t true when it comes to food. The only choice for households is to substitute expensive food with cheaper alternatives or to buy less and thus reduce the amount of food that is put on the table.

Governments, central bankers, academics, and businesses consider and assess inflation in detail. However, we should all be interested because high inflation and high food inflation in particular can result in considerable hardship.

How inflation is calculated

South Africa’s overall rate of inflation in March 2022 (compared to March 2021) was 5,9%. The rate of increase in the prices of food and non-alcoholic beverages was higher – at 6,2% over the same period.

The implication of this is that food prices are increasing faster than overall inflation. This impacts heavily on poor households. High food price inflation makes poor people even poorer.

According to Trading Economics, South Africa’s average food price inflation was 6,07% per annum between 2009 and 2022 – reaching for this period its highest level of increase of 15,6% in February 2009 (compared to February 2008).

South Africa’s inflation calculations are based on the rate of change in the consumer price index (CPI). Both the CPI and the rate of inflation are calculated by Statistics SA (Stats SA).

It calculates inflation rates for the country’s nine provinces, for different income groups and for different demographic groups, for instance pensioners. These differentiated calculations are necessary because household spending patterns differ by region as well as by income and demography.

These different rates have various uses. For instance, the inflation rates per income decile give an indication of price changes affecting different income groups. The rate of inflation calculated for pensioners is sometimes used as a basis for pension adjustments.

The inflation rates per province are used by businesses with a national footprint to assess financial performance and cost pressures of operations in different provinces.

For the purpose of public communication, policy decisions and international comparison, one rate of inflation is calculated and published for the country. This single rate is what gets media attention.

StatsSA calculates this overall rate based on the rate of change in the headline CPI for all urban areas. This figure is used for international inflation comparisons between countries. It’s also used internally for policy decisions made by the South African Reserve Bank. The central bank has an inflation target with the aim of keeping headline inflation between 3% and 6% per annum.

The headline rate of inflation also often serves as the base for wage adjustment negotiations.

Other than Stats SA, there are also other civil society initiatives focusing on calculations of South African price increases. The best-known in the area of food price increases is the Economic Justice and Dignity group in Pietermaritzburg. Every month it publishes the prices of a “food basket” and calculates the rate of increase in the items included in this basket.

The rates of increase in food prices calculated by Stats SA and by the justice group differ because they include different items and different spending weights per item in their respective “food baskets”.

StatsSA includes in its “food basket” bread and cereals, meat, fish, milk, eggs and cheese, oils and fats, fruit, vegetables, sugar, sweets, and desserts. The last change in and re-composition of this basket was from January 2022.

Given this large income differential, there are considerable differences in the percentage of income that households in the different deciles spend on food.

The spending basket of South African households at retail outlets includes a lot of other items too, such as personal care products with a weight of 2,1 out of 100 in the headline CPI, cleaning materials and maintenance products (0,35), alcoholic beverages (4,29) and tobacco (1,97).

Not all households consume all the items included in the index. The headline CPI therefore simply reflects “average expenditure”.

On the same basis of “average” expenditure, the weight of household expenditure on food and non-alcoholic beverages differs considerably from the 17,14 used in the headline inflation. In the top income decile, the weight for these items is 10,62 out of 100, compared to a weight of 50,31 in the lowest income decile.

At the moment, inflation is a problem beyond emerging-market economies such as South Africa. Inflation has also accelerated sharply in recent months in developed countries. For instance, the US inflation rate was around an average of 3% per annum for many years but accelerated to above 8% per annum.

Central banks are concerned about inflation because it distorts the economy and erodes the buying power of money. During periods of high inflation, people on fixed incomes such as pensioners get poorer over time. With high inflation, borrowers enjoy an advantage over savers because the capital value of savings is eroded, while the real burden of borrowing declines.

For these reasons, central banks – including South Africa’s – are constantly on the alert to accelerating inflation. Inevitably, this implies setting interest rates at an appropriate real level above the rate of inflation.

Lower overall inflation benefits households all over the income spectrum. But containing food price inflation most of all helps poor households.

Article source: The Conversation Africa by Jannie Rossouw visiting professor at the Business School, University of the Witwatersrand