Home » Review: “Ammonia and its advantages” webinar held in May 2022

Review: “Ammonia and its advantages” webinar held in May 2022

I was recently involved in a webinar with the Global Cold Chain Alliance in Cape Town.

The presentation covered key issues in our industry and hopefully enlightened all those who attended it.

The points covered were:

From the feedback, the webinar was a success with lots of questions during and after the presentation.

However, the real interest was the real-life incident and the response thereof. We all sit with the potential for a similar incident. What wasn’t easy was the prime cause being operator error – the biggest variable on site.

It was noted later when we discussed ‘manage the moment’ that plant operator errors account for on average 80% of all the incidents recorded.

The engineer from the site that had the incident was very open and shared the impact to the site with the escalating circumstances related to turbulent variable wind direction moving the released ammonia around the site so much that they had to relocate to different assembly points three times during the incident. This not only escalated the incident but made it very difficult to maintain order with those affected that were being evacuated.

I don’t think that anyone of us would want to be in the same situation, which leads nicely into the next presentation – ‘manage the moment – are you ready for such an incident?’ One of the videos shown indicated a plant in the USA where they thought they were well prepared, but of course when it happened all of the short falls became very evident. In that incident the person injured survived with serious ammonia burns but only because he knew what to do. He was well trained and coined the phrase “muscle memory”, resulting in him reacting appropriately thereby with the assistance of some of his fellow workers ensuring his escape.

Even with that, he was in an induced coma for 17 days and in hospital for a further two months. That happened in 2011 and to date he still has issues. You just have got to get those procedures in place and do regular training. It’s all about training, training and then some more training.

While you may send your technical staff that are involved in running the system for SAQCCGas training, you need to comply with current regulations – that you undertake a yearly site incident response training/evacuation program. At the end of the day your ammonia people are only one leg of the emergency team structure. You need to have a site emergency plan that complies with SANS 1514, no ‘what if’s’ – or maybe it’s part of the OHS Act requirements and enshrined in the MHI Regulations.

One of the comments raised was “I am not an MHI” – well the OHS Act has the following definitions:

“Major incident” means an occurrence of catastrophic proportions, resulting from the use of plant or machinery, or from activities at the workplace.

The question you need to ask yourself is that if there is an incident, for which the potential is there, would the DOL consider you an MHI? If so and you are not registered, there are going to be consequences.

So, what do we do about getting prepared for your worst nightmare?

It was agreed that having an up-to-date emergency plan is the first step. Thereafter, you need to undertake yearly site incident response/evacuation training exercises to get your emergency teams up to speed which also keeps you in line with the MHI regulation’s requirements. It’s important so that in the event of an incident there are no surprises.

Hindsight is an exact science, as the saying goes, but in reality there is no substitute for hands-on experience. 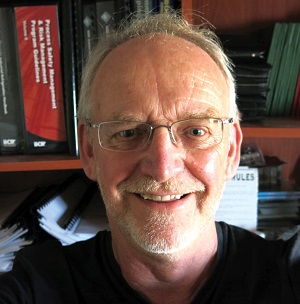 Andrew Perks is a subject expert in ammonia refrigeration. Since undertaking his apprenticeship in Glasgow in the 1960s he has held positions of contracts engineer, project engineer, refrigeration design engineer, company director for a refrigeration contracting company and eventually owning his own contracting company and low temperature cold store. He is now involved in adding skills to the ammonia industry, is merSETA accredited and has written a variety of unit standards for SAQA that define the levels to be achieved in training in our industry.