Home » Rebuilding the ozone layer: how the world came together for the ultimate repair job

Rebuilding the ozone layer: how the world came together for the ultimate repair job

As far as decades go, the 1980s were nothing if not tumultuous. The fall of the Berlin Wall in 1989 reshaped the future, heralding the dawn of a new world order. But another significant, but lesser known, event of that decade took place two years earlier when governments came together to reverse damage to the ozone layer and ensure we had a viable future to reshape. The adoption of the Montreal Protocol on Substances that Deplete the Ozone Layer on September 16, 1987 marked a turning point in environmental history. It also showed that when science and political willpower join forces, the results can change the world. 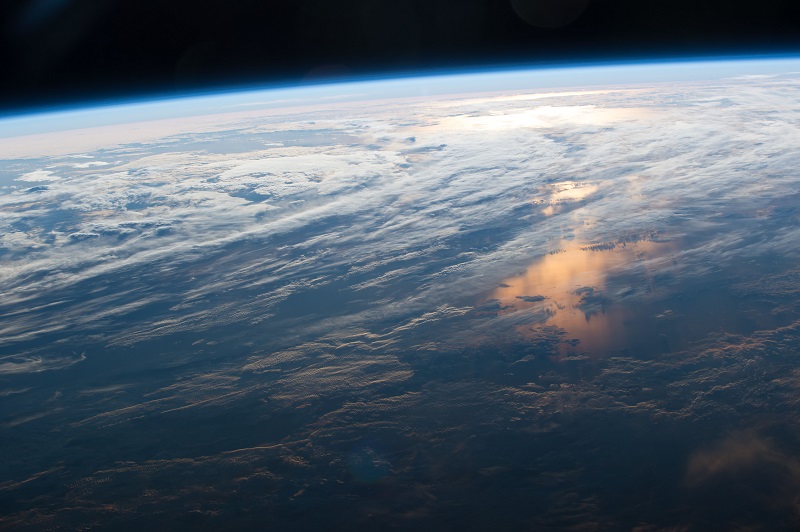 “In the face of a triple planetary crisis – climate, nature and pollution – the Montreal Protocol is one of the best examples we have of the positive and powerful outcome of multilateralism,” said Meg Seki, Executive Secretary of the United Nations Environment Programme’s (UNEP’s) Ozone Secretariat. “When sound science is the basis for universal action, we can overcome what may seem insurmountable global environmental challenges.”

The remarkable story of the battle to save the ozone layer starts with science. In the mid-1970s, scientists warned that man-made chemicals in everyday products like aerosols, foams, refrigerators, and air-conditioners were harming the ozone layer. At that time, they didn’t know the scale of the problem. But in 1985, a hole was confirmed in the ozone layer over Antarctica. The world’s natural sun shield, which protects humans, plants, animals and ecosystems from excessive ultraviolet radiation, had been breached.

Suddenly, a future blighted by skin cancers, cataracts, dying plants and crops and damaged ecosystems loomed. There was no time to lose. Scientists had raised the alarm and the world listened.

In 1985, governments adopted the Vienna Convention for the Protection of the Ozone Layer, which provided the framework for the Montreal Protocol to phase out ozone-depleting substances, including chlorofluorocarbons (CFCs). The Protocol came into effect in 1989 and by 2008, it was the first and only UN environmental agreement to be ratified by every country in the world.

UNEP played a key role in this successful process. It brokered the Vienna Convention, and since 1991, has hosted the Ozone Secretariat in Nairobi, Kenya.

The results have been dramatic. Around 99 per cent of ozone-depleting substances have been phased out and the protective layer above Earth is being replenished. The Antarctic ozone hole is expected to close by the 2060s, while other regions will return to pre-1980s values even earlier. Every year, an estimated two million people are saved from skin cancer and there are broader benefits too, as many of the ozone-depleting gases also drive up global temperatures.

A recent study has shown that without the Montreal Protocol ban on CFCs, lesser carbon would have been stored in plants, vegetation and soil, which might have led to an additional 0.5–1.0 degrees Celsius of global warming.

Although the adoption of the Montreal Protocol marked a critical turning point, it was not a one-time fix. The work continues, with scientists still providing the first line of defence.

The Montreal Protocol is supported by three scientific assessment panels that inform policymakers. For example, these panels warned about the unexpected rise in ozone-depleting trichlorofluoromethane (CFC-11) emissions in recent years because of illegal production.

The most recent meeting of ozone research managers highlighted the need to remain vigilant. Although tremendous progress has been made, the hole will take decades yet to heal, and only if there is full and continuous compliance with the Montreal Protocol. We also need to continue monitoring the atmosphere, even for supposedly banned substances, like CFC-11, and for the possible effects rising surface temperatures in polar regions may have on stratospheric ozone.

The Protocol has been updated to deal with new risks. In 2016, the Kigali Amendment was adopted to phase down hydrofluorocarbons (HFCs), potent greenhouse gases often used as replacements for the banned ozone-depleting substances in refrigerators and air-conditioners. With demand for these chemicals set to rise, experts say it is more urgent than ever for countries to ratify the Amendment.

“Ratifying the Kigali Amendment will be key in the fight against climate change.” said Seki. “It encourages countries to phase down HFCs, which in turn can improve cooling systems by making them more sustainable, ozone- and environmentally friendly.”

So far, the Kigali Amendment, which came into force in 2019, has been ratified by 123 countries. It also encourages the development and use of more energy-efficient cooling technologies. Adopting low-global-warming-potential alternative refrigerants could potentially double the climate benefits of the Amendment, according to this recent scientific assessment.

Improving cold chains to reduce food loss and for safer handling of vaccines were at the heart of the 2021 campaign for World Ozone Day in September. The theme this year is the Montreal Protocol: Keeping us, our food and vaccines cool.

UNEP also leads the Cool Coalition – a joint effort of over 100 governments, cities, businesses, development organizations, and civil society groups, that supports countries and industry on taking action to tackle growing cooling demand, while contributing to the Paris Agreement, Montreal Protocol and Agenda 2030. Together with its partners, the Cool Coalition fosters advocacy, knowledge, and action to accelerate the global transition to efficient and climate-friendly cooling. A demonstration project called Prāṇa is currently underway to support sustainable cold chains for the agricultural and vaccine supply chain in Villupuram District, Tamil Nadu, India.

Educating the next generation

In January [2021], the Ozone Secretariat released ‘Reset Earth’, an innovative educational platform for adolescents about the role of the ozone layer and the Montreal Protocol.

The platform includes an animated film that imagines what would have happened if the ozone layer had not been saved. Three teenagers, whose lives are blighted by the sun’s ultraviolet rays, must travel back in time to make sure the Protocol is signed. A mobile game for Android and iOS was developed in parallel and follows the same storyline with players needing to progress through various stages by working together.

The Ozone Secretariat is also preparing to launch the Reset Earth education portal, with teacher toolkits and workbooks in January 2022.

“Protection of the ozone layer is our long-term commitment and responsibility. Each generation must take up the baton to ensure the continued survival of our planet’s protective shield. Teaching the next generation about the Montreal Protocol empowers them with the knowledge that environmental challenges can be overcome if we listen to the science and work together,” said Andrea Hinwood, UNEP’s Chief Scientist.