When reminded about my regular Cold Link Africa column, I got into a bit of a spin for a minute – trust me, only a very small and fast passing minute, and then I remembered the perfect subject to discuss: “When somebody does not want to listen to you, it does not help to shout. Somebody that wants to understand what you say, will do so even if you do not talk…”

That is one of the more meaningful sayings that will always stay with me, and therefore I will never ever forget it. Indeed, this saying is so true, it is not even funny. Then the mind, which is an extremely strong weapon when used correctly, started analysing and ordering things. One of them I will gladly share this time, many others will still follow later…

In 1998, we brought Nijssen Koeling to South Africa with their Filacell system only to find out shortly afterwards that Dr Johan Combrink, recognised leader and industry authority in at Infrutec at the time, wrote an article in back in 1973, asking and advising the industry to ensure they investigated the ‘Filacell’ system that was, according to Dr Combrink, one of the systems that South Africa could possibly need in the future.

That article was published in 1973 in one of our local scientific magazines. So, we did what was asked – it was just without our prior knowledge, and 28 years later.

In that same article he also advised to look at the packaging for table grapes in detail to ensure we had the right designs for the table grape industry. The Filacell, together with a correct airflow carton, was brought in and installed with some of our pioneer forward thinking and progressive farmers with great success. So much so, that the industry took note, and the ‘traditional’ boys and girls became nervous.

In 2000, the created pressure was so high that Hortec at the time did a full investigation and tested the Filacell, with the specially designed carton. The test was set up to compare the ‘new’ system against the ‘traditional’ system with the ‘traditional’ carton.

Hortec published a detailed report after all the tests. That report, which has got the most interesting comments and positive test results for the Filacell system and the carton, was written down but it never saw the light of day.

It almost reminded me of an episode from The Blacklist where Ray Reddington can pop in to create a solution.

“It is all about delivering quality and if you do not deliver it, somebody else will.”

It was by accident that I found the original report 20 years later in Wellington. The final comments were easy to understand: the Filacell system had, and still has merits, had better results, and needed to be investigated further. That never happened. The Filacell carton was outperforming the traditional carton by more than a mile.

The Houdini act caused Nijssen Koeling to leave the country to never come back. In fact, part of the conclusion was to investigate the carton designs as that carton proved to be simply superior compared to the traditional carton.

In 2015, when Dr Luis Luchsinger was invited to South Africa, the carton story was again mentioned and the Filacell carton came again to the fore… I will leave Luis’ comments at this time out of this article, but they were clear, and Luis became a friend over the years.

The fun part is that when we ‘designed’ the carton together with Mark McCleery from Mondipak in those days, we really thought we invented the new Saturnus rocket to go to Mars, this time only to find out that the formula we produced was published in an UC Davis technical publication from 1976.

This was around the same time Dr Combrink asked to look at cartons. To-date, the industry is still fighting with a proper airflow carton system. And still simply does not want to listen to proper and sound local airflow engineering designs. That design, ladies, and gentlemen, and for the non-mathematicians amongst us, the industry and/or their ‘consultants’ should have known for over 45 years what and how to do things. However, they still do not, to the detriment of the industry.

Whilst talking to Professor Luchsinger, he told me: “Jan, despites all your brilliant efforts, you will never be a prophet on your own soil”. He was right.

I do have extra news for you – we have now designed an even better airflow system from an airflow point of view and designed an integrated pallet/fruit box system that is unique. But hey, again, I am not going to shout at you, that does not help.

We get requests from all over the world to come and talk about our philosophy and techniques, only to find out that on the local scene, there are more people that enjoy giving serious misinformation on the subject.

Instead of facing the reality that when you pay attention to detail and you don’t leave preserving quality after harvest to chance, you help the farmer. By not doing the correct thing, you are hammering the survival of the farm. It is that simple.

Unfortunately, some individuals seem to be finding it funny to keep on giving farms the wrong and/or incomplete information. And although I do have a good sense of humour, some jokes are simply incomprehensible and are in fact not funny at all.

I for one, have no clue where and how to find a proper and logical explanation why one should do that in the first place, and it goes against my professional grain to ever do that in the second place.

My grandfather taught me, if you don’t know, ask, look it up, study the subject, otherwise simply keep quiet. So, we never shouted at anybody in the first place to try to convince them to listen to us, if you want, you will listen without me talking.

The moral of this story? A wheelbarrow has a wheel and two handles only to be picked up and made to work. If you do not, it will rust and become a useless piece of metal that is in the way. It is all about delivering quality and if you do not deliver it, somebody else will. 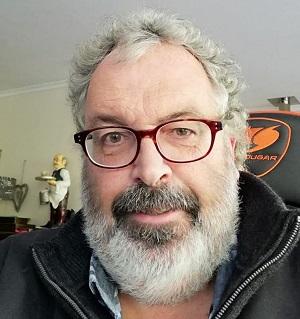 Jan Lievens, born in Belgium, is a graduate civil engineering(B) and international senior consultant for engineered applied postharvest technology at UTE South Africa. With over 20 years of experience in this field, he is widely regarded as a specialist in the fruit-, vegetable- and flower industry with regards to humidity, airborne bacteria and ethylene removal, both locally and internationally. Furthermore, he also designed airflow-friendly packaging systems for the industry with proven results.