Tags:child labourfood and the cold chain

Child labour in the agricultural sector threatens environmental, social, and governance (ESG) compliance and exposes employers to possible fines or imprisonment in terms of the Basic Conditions of Employment Act as well as the Child Care Act. 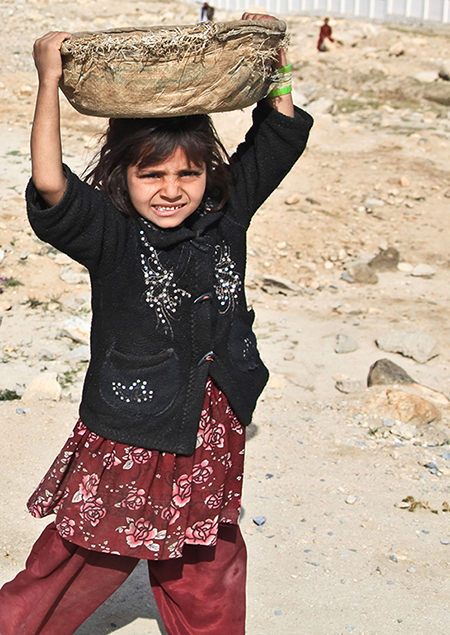 Studies show that one in ten children around the world are engaged in child labour – today exacerbated by the pressures around food production, the pandemic and subsequent impact of push into poverty. Image credit: Amber Clay | Pixabay

Globally, one in 10 children is currently engaged in child labour, according to global studies by the International Labour Organisation (ILO) and the United Nations Children’s Fund (UNICEF). The recent 5th Global Conference on the Elimination of Child Labour was held in South Africa in May 2022.

One of the key delegates, Bernd Seiffert, attended on behalf of the United Nations Food and Agriculture Organisation (FAO).  Seiffert noted that the Covid-19 pandemic had the effect of increasing the number of children engaged in child labour.

South Africa’s Minister of Agriculture, Land Reform and Rural Development, Thoko Didiza, stated that to address the problem, it was pertinent that the root causes of child labour first be addressed. She said:

The UN’s Sustainable Development Goals, specifically Goal 8.7, is aimed at eliminating all forms of child labour, and the FAO wants a breakthrough in attaining this goal in the agricultural sector.

South Africa’s legal framework and ratification of relevant international standards and codes appear to adequately address the issue of child labour, and particularly forced child labour. However, as Didiza noted, the issue at the heart of child labour is the enforcement of legislation and education around the legislative framework.

The core piece of legislation regulating the prohibition of child labour in South Africa is the Basic Conditions of Employment Act (BCEA), which explicitly prohibits work by children under the age of 15. It prohibits any person from employing a child or engaging the services of a child which would be considered inappropriate for a child of that age and that places the child’s well-being, education, physical or mental health, or spiritual, moral, or social development at risk. Allowing a child to work in contravention of any of these prohibitions is an offence in terms of the BCEA which may lead to a fine or imprisonment.

The Child Care Act also prohibits the use of child labour and states that “no person may employ or provide work to any child under the age of 15 years”, which has wider application than the BCEA. It could be extended beyond the employment relationship and could include children providing services as independent contractors.

Despite the legislative framework relating to the elimination of child labour, the implementation of and knowledge about these legislative provisions is lacking in South Africa. This may account for the high number of child labourers in the agriculture sector, in particular. It appears that some of the root causes for the increase are socio-economic, and include:

All employers should ensure general compliance with the law when employing workers, so that inspections by the Department of Employment and Labour do not result in an employer being accused of committing an offence and being issued an enforcement or compliance order. To eliminate the use of child labour in the agricultural sector, companies should ensure that they conduct due diligences into the businesses that form part of their supply chain, by requiring that their suppliers identify, prevent and remedy any possible human rights abuses.