The world’s urban population is projected to grow by 2.5 billion by 2050, with nearly 90% of the increase in Asia and Africa. In contrast, the rural population is expected to start to stabilise and decline as of 2021. As the global South becomes predominantly urban, food offers a way to look at development opportunities and challenges, as well as the political impact and regional economic role of cities in the future. As one urban planner once put it: a city is what it eats. Understanding the complex, linked challenges of urban governance, development and food systems is becoming more urgent. Food insecurity is rising in cities of the global South, including those in African countries. 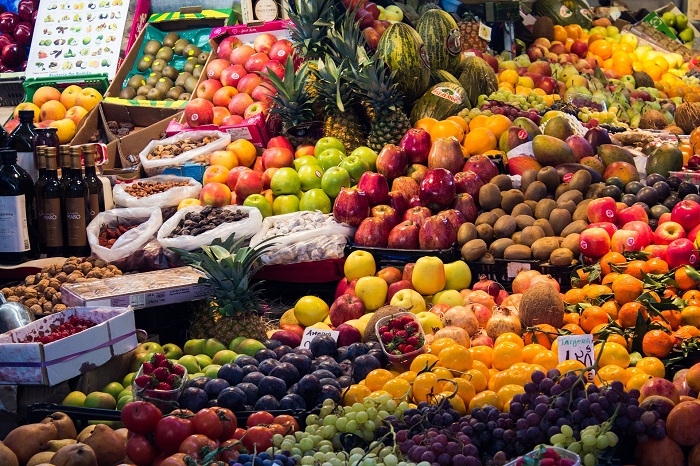 A fruit market in Morocco. Urban populations suffer when the stability of the food system is disrupted. Image credit: Laura Montagnani | Pixabay

It is these complex issues that are addressed in a new book, Handbook on Urban Food Security in the Global South (J. Crush et al), that seeks to understand the challenges better.

It’s not only about how urban households are fed but also how infrastructure, transport, retail systems – both formal and informal – and various other systems influence access to food and affect people’s lives.

There is ample food in most Southern and African cities, but many people are unable to access this food.

Recently, the High-Level Panel of Experts of the UN Food and Agriculture Organisation released a report which called for a new way to look at food security. It retained the four pillars of availability, accessibility, utilisation and stability, but proposed two more: agency and sustainability.

Clearly food security is not about simply producing enough food (availability). That’s the way policies in most African countries tend to frame it. In most Southern and African cities the challenge is that nutritious food is unaffordable to most urban residents (accessibility).

Given the nature of the Southern urbanisation, particularly in Asia and Africa, informality dominates in housing, services, economic activity and access to food. Inadequate infrastructure and services mean that the price of fuel – including electricity – directly influences the types of food people buy and how it is prepared.

Equally, access to storage and refrigeration plays a direct role in the foods people buy, and how they are stored and prepared (utilisation). Climatic variability, political instability and wider vulnerabilities (such as COVID-19) all affect the sustainability and stability of access to food.

Despite ambitions for greater autonomy for cities in national governance processes, urban residents can’t always make decisions about alternative urban food systems. This comes as a result of poverty, informality, poor infrastructure and food policies that are oriented towards rural areas. Equally, cities have a limited voice in how national food systems are designed and function.

In this context of rapid urbanisation, it is now widely recognised that the cities of the South are facing a deepening crisis of poor access to food. This is characterised by growing food poverty, hunger and malnutrition as well as a lack of dietary diversity. Child wasting and stunting are also on the rise. The same is true of vulnerability to infectious and chronic disease and obesity.

Despite the presence of donors and philanthropic enthusiasm for further “green revolutions” – using industrialised agriculture to grow more food in the countryside – they are not going to effectively feed these newly urbanised populations. Nor will they address the needs of cities whose populations are growing rapidly.

As COVID-19 has shown, urban populations suffer when the stability of the food system is disrupted (as with lockdowns). Equally, poor health as a result of reliance on an inequitable and poorly functioning urban food system increases vulnerability.

This book does not attempt to provide answers to the complex challenges. Rather, it seeks to initiate a much-needed conversation about the intersection between changes in food systems and the rapid urbanisation in the South.

Dramatic changes in cities and food systems means that understanding how the rapidly urbanising populations are going to be fed, and fed well, will be one of the critical development challenges of the next 50 years.

Source: The Conversation Africa, by Gareth Haysom – researcher at the African Centre for Cities at University of Cape Town, Jonathan Crush – CIGI chair in global migration and development and professor of geography and environmental studies at Wilfrid Laurier University, Prof Bruce Frayne – professor and director at University of Waterloo.