Africa’s wind energy industry is expected to diversify as interest to harness the continent’s wind grows. Outside of a limited number of countries, wind turbines have remained a rare sight in Africa. But this is not for lack of potential. In 2020, a study by the International Finance Corporation (IFC) found that continental Africa possesses an onshore wind potential of almost 180 000 TWh/annum, enough to satisfy the entire continent’s electricity needs 250 times over. 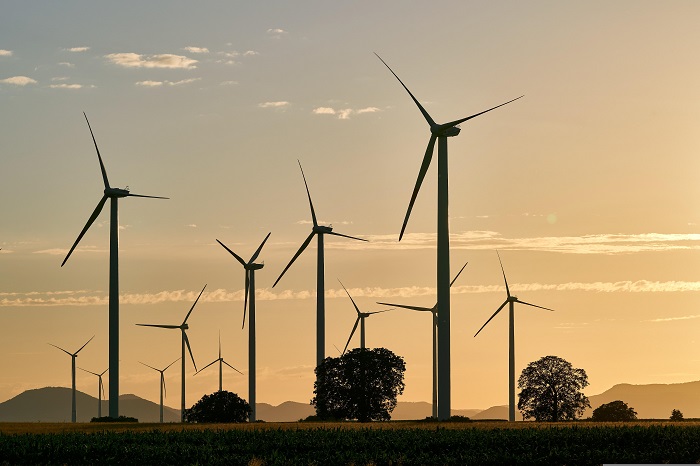 Wind power is another renewable solution for remote areas that have little energy infrastructure for facilities to expand the cold chain. Image credit: Markus Distelrath | Pixabay

As the continent continues to seek ways to expand energy access, the adoption of wind as a source of energy is expected to accelerate. So far, only Morocco, Egypt, and South Africa have been truly successful in harnessing their wind potential and attracting private capital to set up wind parks.

Through its widely acclaimed Renewable Energy Independent Power Producer Procurement (REIPPP) program, South Africa has already commissioned 34 wind farms with an installed capacity of over 3.3 GW, according to the country’s IPP Office.

And this is far from over. In 2021, the South African Ministry of Mineral Resources and Energy announced 25 successful bidders under its REIPPP bid window 5, including 12 wind farms with a total capacity of 1 600 MW. Project agreements for these facilities are expected to be signed before the end of 2022. The country also opened in April 2022, the REIPPP bid window 6, which will allocate a maximum capacity of 1 600 MW of wind, with projects ranging from 50 MW to 240 MW.

Up north, Morocco and Egypt continue to drive wind energy developments. The latter has an installed wind generation capacity of almost 1.5 GW across 13 wind farms according to its Ministry of Energy. It now expects to commission another 2 GW by 2025 with an additional 14 wind farms.

On the other side, Egypt has seen fewer but bigger projects. Its four wind farms have a current installed capacity of 1.6 GW. The most recent one, West Bakr, was commissioned by Lekela Power in November 2021.

The role of development and multilateral finance

Across the rest of the continent, multi-lateral and development finance institutions (DFIs) have played a key role in supporting the emergence of the wind sector.

They have successfully laid the ground for more projects to follow. In December 2021, the US DFC notably provided funding for a feasibility study to expand Senegal’s 158.7 MW Taiba Ndiaye Wind Farm by another 100 MW.

East Africa is also joining the game, led by Kenya. After the expansion of the Ngong facility in 2014, the country commissioned the 310 MW Lake Turkana Wind Farm in 2017 and the 100 MW Kipeto Wind Farm in 2021. The African Development Bank (AfDB) was the mandated lead arranger on Lake Turkana’s debt package and managed to attract several leading European DFIs to finance the project. On its side, Kipeto was mostly funded by the US DFC.

After its success in Cabo Verde, the AFC has moved east where it is the lead developer on Djibouti’s Red Sea Wind Power Project in Ghoubet. The 60 MW facility is now nearing completion and is the country’s very first independent power producer (IPP).

More recently, natural resources and extractive industries have provided an additional driver of wind energy adoption in Africa. Publicly listed companies seeking to decarbonise their portfolio and cut carbon emissions across their operations are indeed looking at wind.

In March 2022, Savannah Energy executed an agreement with the Ministry of Petroleum, Energy and Renewable Energies of the Republic of Niger to develop the country’s first wind farm. Savannah Energy, operator of some of the most prolific oil blocks in Niger, is planning to construct and operate the 250 MW facility in the Tahoua Region. The wind farm will be structured as an IPP and is currently in feasibility study. It is expected to be sanctioned in 2023 for a potential commissioning in 2025.

In Zambia, First Quantum Minerals (FQM) entered into a new partnership with Chariot and Total Eren earlier this year to develop 430 MW of solar and wind power for its mining operations. The company notably operates Africa’s biggest copper mine by production in Zambia and seeks to reduce its carbon footprint by 30% by 2025.

In South Africa, Anglo American is embarking on an even bigger project with EDF Renewables. Both companies signed a memorandum of understanding in March this year to work together on the development of a new regional renewable energy ecosystem (RREE). The scheme is expected to be designed to meet operational electricity requirements in South Africa through the supply of 100% renewable electricity by 2030. It notably seeks to develop a network of on-site and off-site solar and wind farms with storage totalling up to 5 GW to power Anglo American’s operations.

Equally important, the emergence of Africa’s hydrogen industry will also be supporting the growth of its wind sector.

Last year, the Chariot Energy Group signed a memorandum of understanding with the Mauritanian Ministry of Petroleum, Mines & Energy to progress Project Nour, a potential green hydrogen development of up to 10 GW. Under the MoU, Project Nour has been given exclusivity over 14 400km2 of onshore and offshore area in Mauritania where pre-feasibility and feasibility studies will be conducted to generate solar and wind power used in electrolysis to split water and produce green hydrogen and oxygen.

The USD9.4bn scheme will be located within the Tsau//Khaeb National Park, which is among the top five resource rich locations in the world for co-located onshore wind and solar, according to Hyphen. The project’s full development targets 300,000 metric tons of green hydrogen production a year from 5GW of renewable generation capacity and 3GW electrolyser.