COP26 was the 2021 United Nations Climate Change Conference. For nearly three decades the UN has been bringing together almost every country for global climate summits – called COPs – which stands for ‘Conference of the Parties’. 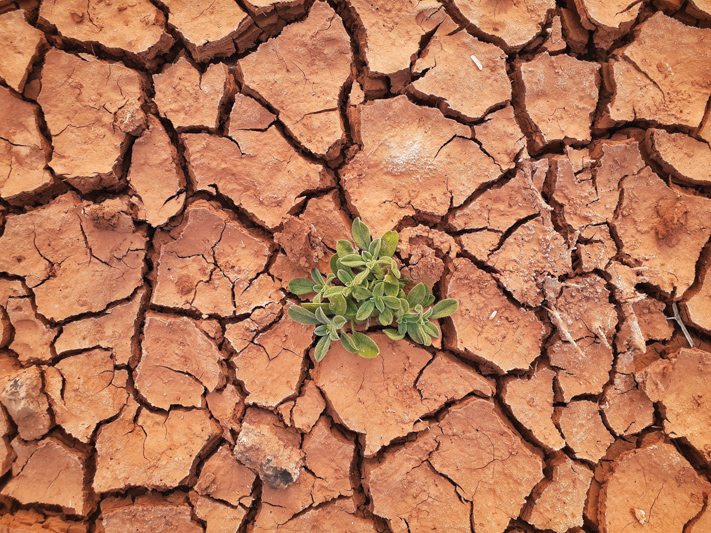 A two-degree temperature increase was stressed as a ‘death sentence’ for some countries, and the targeted 1.5-degree limit was said to be alive, however, with only a weak pulse. Image credit: Renzo D’souza | Unsplash

Over this time climate change has gone from being a fringe issue to a global priority. This year saw the 26th annual summit – giving it the name COP26. With the UK as President, COP26 took place in Glasgow from 31 October to 13 November 2021. In the run up to COP26 the UK worked with every nation to reach agreement on how to tackle climate change.

As the Presidents of COP26, the UK’s role has been to act as an impartial chair in bringing all Parties (individual countries and the EU, which operates as a group) to an agreement by consensus. World leaders arrived in Scotland, alongside tens of thousands of negotiators, government representatives, businesses and civil society groups for fourteen days of talks.

Why COP26 was the “most important COP since Paris”

Back in 2015, at COP21, for the first time ever, something momentous happened: every country agreed to work together to limit global warming to well below 2 degrees and aim for 1.5 degrees, to adapt to the impacts of a changing climate and to make money available to deliver on these aims.

The Paris Agreement was thus born. The commitment to aim for 1.5 degrees is important because every fraction of a degree of warming will result in the loss of many more lives, and livelihoods damaged. The Paris Agreement set out that every 5 years countries must set out increasingly ambitious climate action.

This meant that, by 2020, countries needed to submit or update their plans for reducing emissions, known as nationally determined contributions (NDCs). This made the run up to the 2021 summit in Glasgow (that was due to take place in 2020, but delayed by a year due to the pandemic) a critical moment in the world’s mission to keep the hope of limiting global temperature rises to 1.5 degrees alive.

On 13 November 2021, COP26 concluded in Glasgow with all countries agreeing the Glasgow Climate Pact to keep 1.5C alive and finalise the outstanding elements of the Paris Agreement. Climate negotiators ended two weeks of intense talks with consensus on urgently accelerating climate action. The Glasgow Climate Pact, combined with increased ambition and action from countries, means that 1.5C remains in sight and scales up action on dealing with climate impacts, but it will only be delivered with concerted and immediate global efforts.

Reflecting on the task ahead, COP26 President Alok Sharma said: “We can now say with credibility that we have kept 1.5 degrees alive. But, its pulse is weak and it will only survive if we keep our promises and translate commitments into rapid action. I am grateful to the UNFCCC for working with us to deliver a successful COP26. From here, we must now move forward together and deliver on the expectations set out in the Glasgow Climate Pact, and close the vast gap which remains. Because as Prime Minister Mia Mottley told us at the start of this conference, for Barbados and other small island states, ‘two degrees is a death sentence’. It is up to all of us to sustain our lodestar of keeping 1.5 degrees within reach and to continue our efforts to get finance flowing and boost adaptation. After the collective dedication which has delivered the Glasgow Climate Pact, our work here cannot be wasted.”

Decisions made in Glasgow fall under the three UN climate treaties: the United Nations Framework Convention on Climate Change (the COP), the Kyoto Protocol (the CMP), and the Paris Agreement (the CMA). The Glasgow Climate Pact is manifested across all three.

The Glasgow Climate Pact preamble sets out ovearching principles that flow through the rest of the document. The preamble gives a balanced reflection of the principles that Parties said were important to them. The preamble confirms the centrality of a sustainable recovery from Covid-19 and solidarity with vulnerable parties to global efforts to tackle climate change. It highlights the importance of the World Leaders Summit, which saw 120 Heads of State and Government set the tone for a successful COP26 and make a series of significant commitments to take national action and collaborate to tackle climate change.

It also reaffirmed the continuation of key principles from the Paris Agreement and previous COPs, including multilateralism, and the importance of nature and biodiversity to climate action, as well as human rights, the rights of indigenous peoples, local communities, migrants, children, persons with disabilities and people in vulnerable situations, gender equality, empowerment of women and intergenerational equity.

Previous COPs have been criticised for not ‘listening to the science’ i.e. not taking enough action, or taking it too slowly, compared to that which the scientific community has concluded is necessary to avoid dangerous climate change.

In recent years, negotiations have struggled even to welcome the publication of reports from the Intergovernmental Panel on Climate Change (IPCC) the world’s foremost authority on the science of climate change. Given the stark warning issued by the IPCC earlier this year, it was important to adequately recognise the science, and to set the decisions at the COP in that context.

The mitigation outcome sets out the steps and commitments that Parties will take to accelerate efforts to reduce emissions ‘to keep 1.5 degrees in reach’. Recognising that collective progress to date to reduce emissions has not been sufficient, there was a clear expectation for COP26 to address the ‘mitigation gap’.

The outcome includes a series of actions that all Parties are expected to take to accelerate their efforts. This includes:

Loss and damage refers to the impacts of climate change which occur beyond the limits of societies’ and ecosystems’ ability to adapt. It was widely expected that COP26 would have a significant focus on how we respond to these growing impacts that cause loss and damage to millions, including the loss of lives, livelihoods and ecosystems. This has been a controversial issue in recent years, not least given strongly held different views on liability and compensation for climate change impacts.

COP26 also founded the Glasgow Dialogue, where Parties, civil society and technicians will come together to discuss how to increase the funds applied to loss and damage and how Parties in need can access these funds. COP26 did not reach consensus on a proposal from developing countries to set up a financing facility dedicated to loss and damage. COP26 also elevated the political focus on loss and damage through ministerial discussions in London in July and at pre-COP in Milan.

The COP President also asked ministerial facilitators to drive forward work on loss and damage at the COP, and it has a dedicated section in the Pact to emphasise its status as a critical pillar of climate action.