Farming and agribusiness play a crucial role in sustaining the economies of various small towns and rural areas. There is a lot of evidence of this in economic literature and in the popular media. This dependency has its inherent risks. 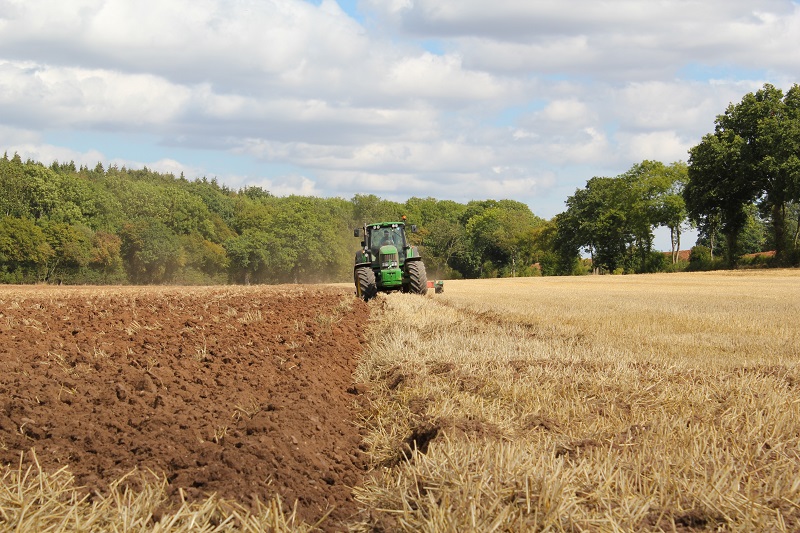 Agriculture and agro-processing (food security) have been identified as some of the drivers of economic growth and job creation, especially in small towns, however opportunities cannot be realised without service delivery guarantees. Photo by Richard Bell on Unsplash

International literature tends to focus on the devastation of small towns in times of drought or when farming lobby groups argue for particular policies. In South Africa, a different pattern has emerged. This is when municipalities fail to provide basic services to their communities and businesses. These services include water and sanitation, electricity, roads and technological infrastructure.

South Africa has a three-tier system of governance. National government sets national economic development policy and drives the search for investment by both domestic and international investors. Provincial government plays a big role too in searching for investment and executing government’s policies and programmes.

The most successful province has been the Western Cape, which has achieved the status of the country’s technology hub. But where the investors are located within a province all depends on municipalities, specifically how well they are run.

South African municipalities are in deep trouble. For many years households and residents have been feeling the impact where they have resorted in increasing frequency to mounting of various protests. But lately, there is growing evidence that governance and service delivery failures are also directly affecting the functioning and efficiencies of farming, agribusinesses and therefore supply chains from small towns.

A case in point is the recent decision by the food and beverages group Clover to move its cheese production from Lichtenburg, a town in the North West province of South Africa, to an existing plant outside Durban in KwaZulu-Natal due to “ongoing poor service delivery”.

South Africa’s finance minister, Tito Mboweni, recently painted a gloomy picture of the state of municipalities in the country. There are about 278 municipalities in South Africa. Mboweni said that 163 municipalities were in financial distress, 40 were battling to deliver basic services, and 102 had adopted budgets for 2021/22 that they cannot fund. A growing number are also failing to collect revenue from residents and businesses for electricity, water and property taxes.

Mboweni added, ”And, for the first time in our democracy, the national executive has been ordered by a high court to constitutionally intervene in the affairs of a municipality owing to a financial and service delivery failure”.

Municipalities in rural areas and small towns are the worst off. A recent study by the Tshwane University of Technology researchers stated that, “the level of service delivery in rural communities is less compared to urban areas, and there is no sign of improvement”.

The multiplier effects of companies such as Clover’s decision to relocate are likely to be significant. The closure of the firm in such a small town is likely to have a number of negative spillover effects across the local economy.

The company, according to official statements from the government, provided 380 permanent jobs and 40 temporary jobs. It also employs 20 general workers and 20 truck drivers and cleaners.

In addition, the plant gave farmers market-access for their produce, and a range of businesses bought and sold products from the company. The income from these activities would have supported many other businesses in the community.

Clover is not the first major company to decry poor municipal services. There’s the long running case of Astral Foods (a poultry producer that also supplies animal feed) and the Lekwa Municipality. Astral has lost millions of rands in production because of failures by the municipality in the Mpumalanga province to provide its poultry plant with water and electricity.

The farmers face a similar challenge, directly and indirectly. The agribusiness provides a range of solutions and market access to local farmers. If agribusinesses’ sustainability is threatened, farmers suffer too. More directly, poor roads, unreliable electricity supply and water supply directly affect the profitability and sustainability of farming operations.

Importantly, these are all entities that provide job opportunities to the least skilled South Africans and indirectly sustain the communities around these small towns.

President Cyril Ramaphosa set out an economic reform and recovery agenda for the country in October 2020. In it he identified agriculture and agro-processing (food security) as one of the drivers of economic growth and job creation, especially in small towns.

But a vibrant agriculture and agribusiness won’t develop if poor service delivery by municipalities continues. There are some basic practical interventions the government could make. These include ensuring that a municipality has competent management, financial officers, civil and electrical engineers, as well as competent political leadership.

The Financial and Fiscal Commission, an independent constitutional advisory body on financial fiscal matters in the country, recently argued municipalities should look closely at their wage bills. This would ensure that salaries didn’t crowd out money for critical service delivery functions. These include waste removal, waste management, sewerage systems, roads and water provision.

These improvements need to happen simultaneously and not before or after agriculture revitalisation, which is supported by the government’s Agricultural and Agro-processing Master Plans. These seek to expand and grow South Africa’s agriculture and agro-processing.

But a healthy farming sector rests on towns that are functional and that have the basics in place.

This is a challenge that the South African government should face head-on.