Tags:cold storage according to regulations

The draft amendment to EU Regulation could seriously damage the future of South African and third country citrus imports to the region. The draft voted on by EU Member States’ Standing Committee on Plant, Animal, Food and Feed (SCOPAFF) representatives includes a mandatory requirement that all oranges from third countries in Africa and Israel be subjected to cold treatment for minimum 16 days at a temperature between 0 and -1 C. 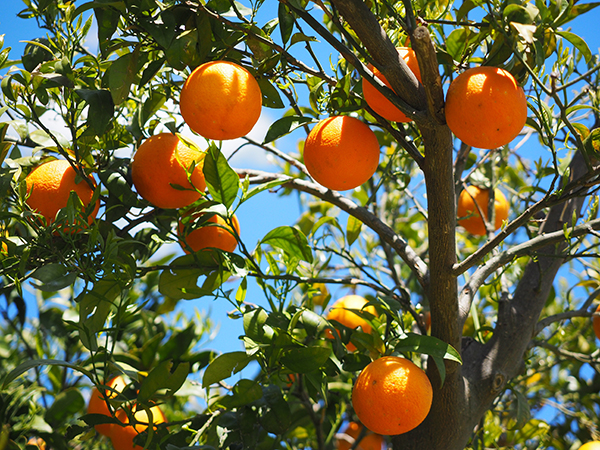 “We call on you to ask the European Commission to commission more proportionate, effective and, above all, readily available alternatives, following further consultation with South Africa.”

Deon Joubert, the South African citrus industry’s Special Envoy to the EU, pointed out that the new requirement would have a harmful impact on the more than 100 years of citrus trade between Europe and South Africa.

He said that South Africa was the most important source of citrus for the EU during the European summer, with a value of over EUR1-billion.

“It will prevent the import of all organic and non-chemically treated oranges, as well as several important cultivars that do not tolerate this treatment,” he explained. “This will cause important gaps in the availability of excellent quality oranges to EU consumers through the European summer, which has relied on this supply the past decades.

“The produce that enjoys the biggest demand from EU consumers – organic and non-chemically treated fruit – will be completely unavailable,” Joubert outlined. “This comes at a time of particularly strong EU demand, as consumers appreciate the benefits of Vitamin C for their immune system and general health.”

“But different cold treatment (time-temperature) components are applied based on the objective risk assessment in the systems approach that results from diligent and comprehensive weekly monitoring of any FCM presence during pre-harvest in citrus orchards in South Africa,” he said.

“The adaptability of the system based on objective risk assessment (prevalence of the pest in the area, type of cultivar, other risk mitigation measures) is its strength and critical to any systems approach as it allows interventions which are environmentally friendly, non-chemical, and thus sustainable and biological acceptable,” Joubert continued. “Introducing a blanket, one-size-fits-all cold treatment requirement invalidates the benefits achieved pre-harvest on minimal chemical intervention and the whole idea of a systems approach.”

Joubert said the FCM risk from South Africa to the EU had not increased since it was declared an EU quarantine pest three years ago. “The record over the past three years has been 14, 19 and 15 interceptions (NONCs). This is not an upward trend.”

There are, in addition, major question marks about whether a number of EU interceptions were alive, as is required to be an NONC.

The photographic evidence of black [dead] larvae combined with evidence of correct application of the agreed scientifically required cold treatments in 2021 with its proven efficacy, resulted in experienced and world-recognised FCM experts concluding that those FCM larvae were dead when inspected, he outlined.

“South Africa concluded that six out of the 15 interceptions probably related to dead larvae and should not have been classified as official NONCs,” he said. “This contrasts starkly with excellent and comprehensive EU border inspection done and reporting made regarding FCM at northern EU member states.”

Joubert said that the risk was not particularly high from oranges. “Based on the EU’s own data, oranges accounted for 15, 12 and eight of the above NONCs over the past three years [2019 to 2021]. This means that it is clearly in decline.”

By comparison, if FCM interceptions were a priority to the EU, the NONCs from cut flowers and other horticultural products imported from other third countries varied between 51 and 129 individually over the same three-year period.

“This amongst others has already been further strengthened in November 2021, and the changes (including elimination of the two less strict cold regime options) have been communicated to the EU to demonstrate South Africa’s commitment to ongoing and improved risk mitigation.”

Other available time-temperature protocols, enshrined in the EU FCM risk management system and in the draft recognised IPPC ISMP standards, have proven to have a similar efficacy as the protocol that the EU intends to impose.

The evidence of these efficacies was jointly published in CRI scientific literature during 2016, subject to peer-review and currently recognised as the world authority position on cold treatment for FCM – and the basis for the IPPC’s ISMP draft.

“At least the least trade restrictive temperature cold protocols should be available, if mandatory cold treatment is at all required – not the current mooted regime,” Joubert said.

South Africa’s position is that the proposed measure is therefore contrary to the WTO SPS principle that the least trade-restrictive measure available should be applied.

“There is simply no good reason to effectively ban the import of some orange cultivars, of organic oranges and of non-chemically treated oranges from South Africa when this measure is not scientifically justified, and other equally effective measures are available and indeed already being applied.”

The country has successfully traded citrus fruit with the EU for over 100 years. South African growers are extremely aware of the importance of protecting production from pests and fully recognise the right of European growers to be afforded such protection.

“South African growers spend an estimated R3.4-billion annually to ensure the highest levels of compliance with EU plant health regulations on FCM and CBS,” Joubert added. “This major investment is what enables the operation of probably the most sophisticated world risk management systems on plant health [in the words of EU officials.

“It thus makes no sense to undermine it all with an unnecessary and disproportionate one-size-fits-all mandatory cold treatment requirement, which nullifies the progressive, environmentally friendly, and sustainable Risk Management System on FCM which South Africa manages and maintains.”