Packaging is a major part of the food supply chain both for local markets and international exports where the initial packing and cooling process is essential in managing quality and shelf life.

Produce quality and shelf life are drastically reduced when initial cooling is not executed successfully. Photo by Creative Commons

Incorrect design principles applied to cartons create a long list of challenges that ultimately ends up as the problem of the producer – getting less for their goods because of quality issues, if not total rejection.

The first, and major challenge arises for produce-coolers whose role is to reach a particular temperature within a specific amount of time in order to meet those quality expectations. This cannot be achieved when carton designs do not make provision for correct airflows, nor mixed suppliers with differing and incompatible configurations.

The topic of packaging design and airflow is by no means a new one – it has in fact been somewhat of a touchy subject for decades – usually resulting in a stalemate. “Every couple of years, however, the topic finds its way into some university student’s research or becomes the topic of a professor’s team to solve somewhere in the world. The irony being that all of the discovered results are no different to the research and design principles that were established many decades ago as a best-solution,” says Jan Lievens, post-harvest specialist and contributor to the widely recognised box carton design in the 90s.

“The topic of packaging design and airflow is by no means a new one.”

South Africa unfortunately resonates what can only be described as a cultural drive to get goods and services cheaper and cheaper, including packaging where produce cartons of course are not excluded.

This ‘drive’ is of particular concern for individuals who see the supply of produce from a holistic view as an industry, both to the local and international markets. Produce, generally, is worth more and more money these days, however, is trying to be swung into these markets in cheaper packaging – lowering the perception of standards but also the perception of South African quality. Carton design does not only need to address structural capacity, but the essential cooling required – and with that airflow – to meet quality expectations of various perishable goods.

“The correct cooling required for produce has been a persisting challenge in terms of packaging for some time. This year particularly, we have identified many issues in back pressures. This has now been linked to our prior concerns over some box carton designs that we believe are flawed from the air-flow perspective. Our subsequent engagements with manufacturers pointed out that their design criteria did not include consideration of cooling – and hence that required airflow. Airflow in cooling is a significant factor because executed incorrectly, this is going to cause a lot of problems in the industry, long-term. The correct airflow enables the cooling process to bring down the produce temperature evenly and efficiently to a specific point as quickly as possible once taken out of the field. If the process is delayed, quality issues will arise,” says Johan Kriegler, Chairman of the HexKoel pre-cooling, storage and dispatch facility.

Box carton design has been researched extensively, especially in the table grape industry in South Africa, considering the massive volumes harvested for local and international consumption. Past year’s packing has topped 65 million cartons. Historically that industry was regulated through a one-channel marketing system, so it was quite simple to control as there was one ‘box’ that was produced that everyone was happy with, and used.

With the de-regulation in the sector taking place at that stage, there was no more guidance or ‘rules’, thus leaving open-ended choices where rands and cents now become much more of a significant factor in the cost equation. With a free and fragmented market, production efficiency becomes a priority as suppliers to the market come under pressure to compete for their slice of the pie where clients continually seek the best prices. This results in a very limited scope of research and development at the detriment of products and produce. Unfortunately, with no overarching regulations or body, producers are left to source from wherever they want to.

Currently there are many different box carton designs available, and like pallets as another example, many were below a reasonably quality specification. Hexkoel as one of the biggest facilities in the country – passing around 18 million cartons in a season of table grapes – and thus having extensive experience to refer back to, suggests that box cartons should again become more standardised, similar to the way pallet production for the sector was handled to address quality and safety issues. In the past, there were less than a handful of box carton suppliers, where today there are in excess of 20 manufacturers serving over 40 exporters alone.

Spoilage would only become evident around two weeks after the packing and cooling process. Produce is usually cooled over a 24-hour period (at most a couple of days) whereafter it is trucked or shipped out to the various destinations – that also include ports in other countries where produce that does not meet requirements is rejected on the spot. Observations from Hexkoel indicate that because of some of the carton designs, the air does not slow down and flow through the gaps in the boxes as it is supposed to. Uneven cooling results most often in condensation build up in the box caused by portions of the produce being cold while other portions remain warm. This has obvious quality implications down the line.

“For me it is important for the South Africa fruit industry as a whole, that our produce be delivered to their destinations in the best possible packaging product. This has in fact been a concern over the last 10-15 years since there is not a regulated environment anymore. Although everyone can do as they please, not everyone has the knowledge, skills or exposure to understand the technical details that are involved in cooling for example. Farmers grow grapes and there is an expectation on other professionals to look after the product and get it to the market in a condition of quality, but the major challenge in the equation today is that the farmer is still responsible for the product until it reaches the distributor to the consumer. The value of their produce is essentially in the hands of others,” adds Kriegler.

With the lack of regulation and guidance, coupled to a free-market system there is no reason for any farmers to follow “rules” or “guidelines” of packing their produce for distribution, and therefore no real consideration of cartons other than their function. “However, with future expansion expectations of produce exports from South Africa and various trade agreements underway, producers who do not meet quality expectations will just be left behind as I continually indicate to many of the sectors of the food supply chain,” notes Lievens. 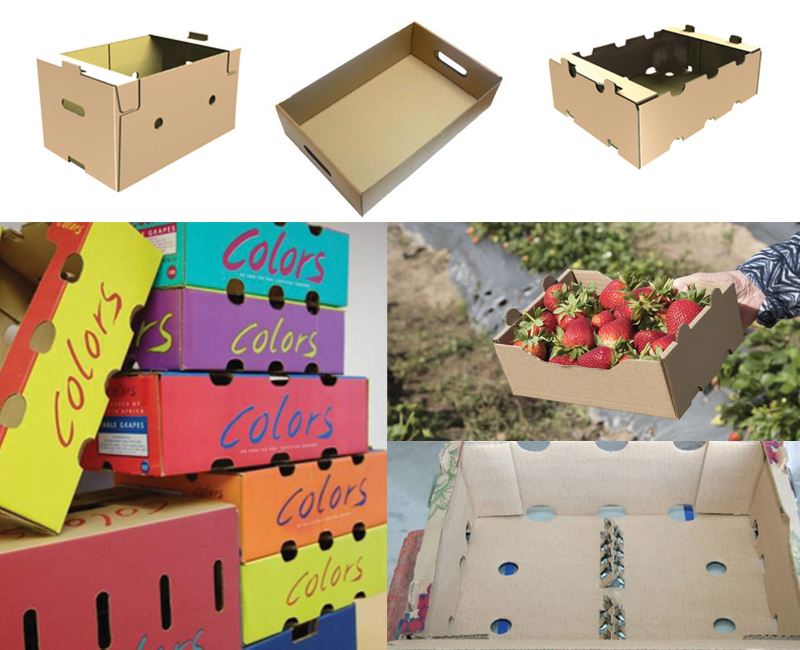 Mark McCleery, who worked with Jan Lievens on what is known as the ‘super vent’ carton design, shares some of the factors of consideration of carton design and airflow. “Jan and I worked on this design in the 90’s, where we identified what the basic problems were, and subsequently implementing the design, results were pretty impressive. These included cooling times being essentially halved, fruit quality and shelf life being improved, the cooling costs for farmers were reduced (as they needed less time to cool produce), and capacity of the cold rooms increased as they could cycle fruit through a facility much quicker”.

McCleery further notes the following challenges that led to the design, and thus savings and improved quality:

A standardised design concept would naturally be first prize in this matter but carton manufacturers coming up with new designs that are more economical in the production process, structurally adequate and follow engagement with cooling specialist is of course welcomed, as is an understanding the processes of ensuring quality produce and all the elements that plug into that. You can’t sell any other goods that are classed as unsafe, nor goods that contribute to safety deterioration and perishable foods are an essential good to keep safe. Let’s keep our produce safe while maintaining good quality.

Requests for information around designs were sent out to several box carton manufacturers, the response(s) as follows:

Before de-regulation of the South African fruit industry in 1997, corrugated packaging suppliers to the fruit export market adhered to the prescribed specifications of Unifruco, including airflow requirements.

Since that time, Mpact has maintained the practice regarding ventilation/airflow in the cooling of fresh produce, and is continually engaging with industry, such as packhouses, exporters, cold storage facilities, etc to this end.

In order to remain competitive in the market, packaging suppliers have over the years, embarked on innovative concepts, resulting in a variety of choice for the producer.

Carton design, including ventilation/airflow, needs to be considered, as these elements affect the structural integrity of the carton. The limitations in this context are directly related to the minimum required performance of the carton in question.

Note: At the time of publishing, no further responses were received from other box carton manufacturers. Should these be received, they will be published in an upcoming issue of Cold Link Africa.