The Africa Future Leader Award is organised by the Global Cold Chain Alliance (GCCA) and its Core Partner, the International Association of Refrigerated Warehouses.

This award recognises outstanding young professionals in the cold storage industry in Africa who show potential for future career advancement but have not yet risen to top-level leadership positions within their country. 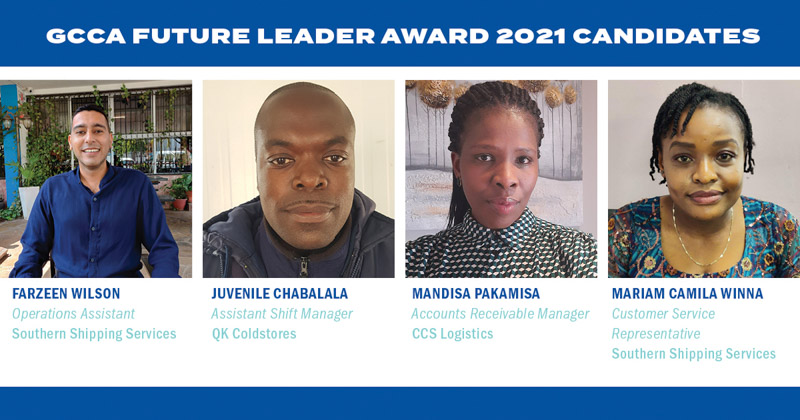 In 2010, James Cunningham of Barpro attended the RWTA conference in Melbourne, Australia and saw the value that the Frank Vale Award was adding to the young professionals in the cold storage industry of Australia.

Discussions were held with John Ackermann of the South African Refrigerated Distribution Association (SARDA), and it was decided that a South Africa equivalent would follow the same rules and format as the Frank Vale award and to name it after Peter Worthington-Smith. Peter, who died in 2011, had been at the forefront of the South African refrigeration industry since the early 1960’s and had been instrumental in the development of fruit cooling and controlled atmosphere fruit storage.

In 2015 the winner of the Peter Worthington-Smith Award was announced. Ivan Sutic, Financial Director of Chilleweni Cold Storage Solutions was a mere 28 years of age and earned a trip to the GCCA 2015 Convention in Orlanda, Florida where he proudly represented the cold storage industry of South Africa and was up against South America and Australia in the Global NextGen Award.

Following the successful Peter Worthington-Smith Award, it was decided to honour another influential player in the local refrigeration industry, Tony Lewis, who began working at Irvin & Johnson Ltd as the local production manager in 1957 after spending 7 years at the Fishing Industry Research Institute where he worked under the direction of Dr Dreosti and completed various research projects.

During his years at Irvin & Johnson Ltd and after his retirement in 1985, Tony served on many influential committees due to his knowledge and experience in the fishing, food, and refrigeration industries. In 2017, Francois Smith, age 35 and Logistics Manager at Sequence Logistics was announced the winner of the Tony Lewis Award in South Africa and earned a trip to the 2017 GCCA Convention in California where he was up against South America, Australia, and the United Kingdom in the Global NextGen Award competition.

The NextGen award was established by GCCA in 2015 to annually acknowledge talented young professionals who have demonstrated to their employers their potential to become future leaders and make positive contributions to the development of the industry. Since its establishment in 2015 the NextGen Award has expanded and in 2021 the winners of Africa, South America, Australia, Europe, Latin America, and Brazil will be competing for the global title.

It has been four years since Africa has competed for this title and we are happy that 2021 will again bring the opportunity to shine some light on our young professionals in Africa. Applicants of the Africa Future Leader Award described their contribution to a recent success at their company, explained their most valuable skill that they have developed during their time in the industry, explained their vision for the future of the 3rd party temperature-controlled logistics industry and the steps the industry needs to take to retain young, talented professionals.

The four candidates that have made it through to the next round are Farzeen Wilson and Mariam Camila Winna from Southern Shipping Services in Kenya, Juvenile Chabalala from QK Coldstores in South Africa, and Mandisa Pakamisa from CCS Logistics in South Africa. In this round the candidates delivered a 10-minute presentation explaining their background and how they found their way into the cold chain industry, highlighted their current role and achievements, and described their plan for professional growth.

Their passion for the cold chain industry was evident and it will now be up to the judges to score the candidates to find out who will be the 2 finalists competing for the Africa Future Leader Award title.

The final round of the competition will be a formal interview with each finalist. The interview allows the judges to ask a series of questions about the finalist’s education, employment, knowledge of the industry, track record of excellence, communications skills, and leadership skills. While these interviews will be conducted virtually, finalists are expected to dress, act, and speak as if the interview was in person.

The judges for the 2021 Africa Future Leader Award are Paul Gibbons from Vector Logistics, Christopher Nulliah from Etlin International and Ivan Sutic from Chilleweni Cold Storage Solutions. The finalist with the highest overall score (presentation + interview) will be awarded the 2021 Africa Future Leader Award title and will represent Africa in the Global NextGen award at the end of the year. We wish our candidates all the very best and look forward to seeing our winner at the NextGen Award competition. 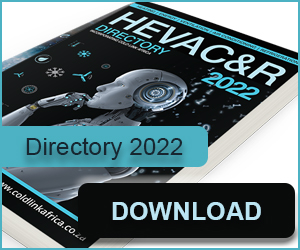